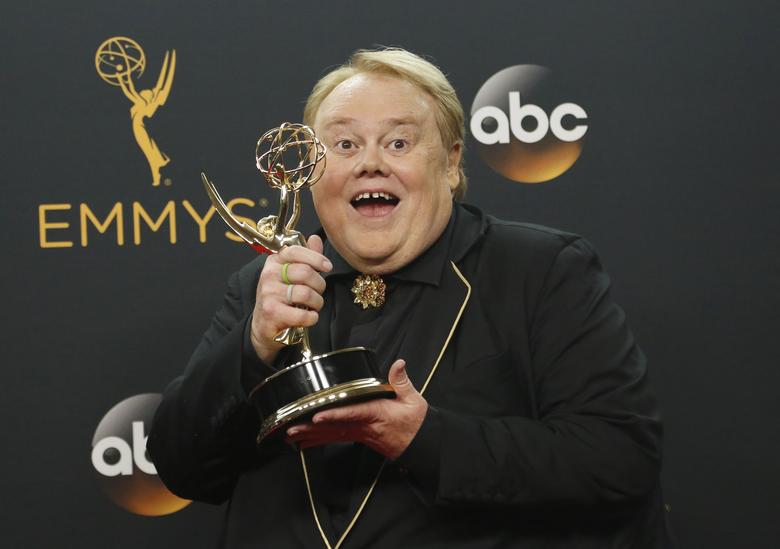 Reuters / 2016年 9月 19日 Monday
Louie Anderson, a three-time Emmy Award winner, comedian and game show host, died January 21 after a battle with cancer. He was 68. Anderson was nominated for three Primetime Emmy Awards for outstanding supporting actor in a comedy Series, winning one in 2016 for his role as Christine Baskets on the FX series. He also won two Daytime Emmys for outstanding performer in an animated program for "Life with Louie," a program that aired on Fox in 1997 and 1998. The Saint Paul, Minnesota, native was a counselor to troubled children before he got his start in comedy when he won first place in the Midwest Comedy Competition in 1981, according to Deadline. Anderson was in Eddie Murphy's 1988 hit movie "Coming to America." He also hosted "Family Feud" from 1999 to 2002 and starred in several situation comedies over the last two decades. Anderson wrote several books, including "Good­bye Jumbo ... Hello Cruel World," a self-help book for people struggling with self-esteem issues. REUTERS/Mario Anzuon
Close
1 / 7 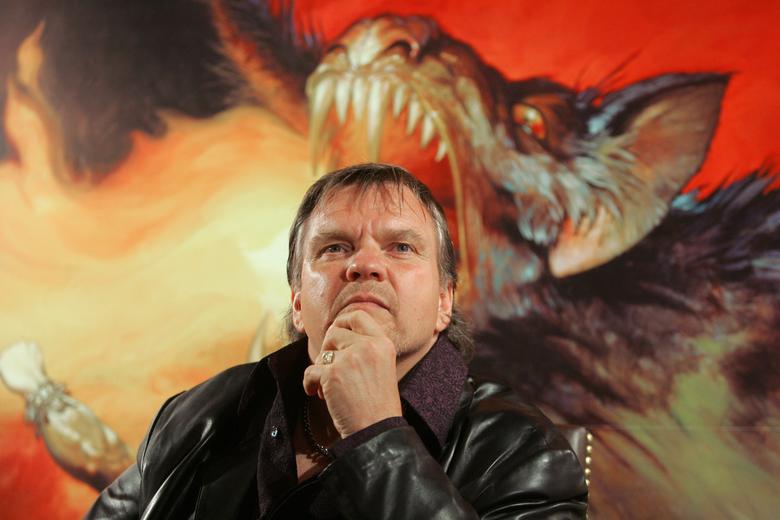 Meat Loaf, the U.S. rock star whose debut "Bat Out of Hell" became one of the best-selling albums of all time,more

Reuters / 2006年 9月 4日 Monday
Meat Loaf, the U.S. rock star whose debut "Bat Out of Hell" became one of the best-selling albums of all time, died January 20 at the age of 74. Delivering epic anthems about love, lust and motorcycles with an intensity bordering on melodrama, Meat Loaf became an enduring - and sometimes bombastic - rock icon in the late 1970s. The singer and actor, otherwise known as Michael Lee Aday, sold more than 100 million records worldwide and had roles in films "The Rocky Horror Show" and "Fight Club". With hits including the near 10-minute-long title track from "Bat Out of Hell", "Paradise by the Dashboard Light" from the same album, and 1993's "I'd Do Anything for Love (But I Won't Do That)", Meat Loaf's appeal extended far beyond hard rock fans. Born in Dallas, Texas, in 1947, to an alcoholic father who beat him and once tried to kill him, Aday was teased at school about his weight. But he would become one of the world's rock legends. In search of stardom, he left for Los Angeles where he formed his first band. He found success on the stage in the 1970s, performing in the musicals "Hair" and "The Rocky Horror Show". But his breakthrough into the big league would come with "Bat Out of Hell", a collaboration with composer Jim Steinman.  REUTERS/Bobby Yip
Close
2 / 7 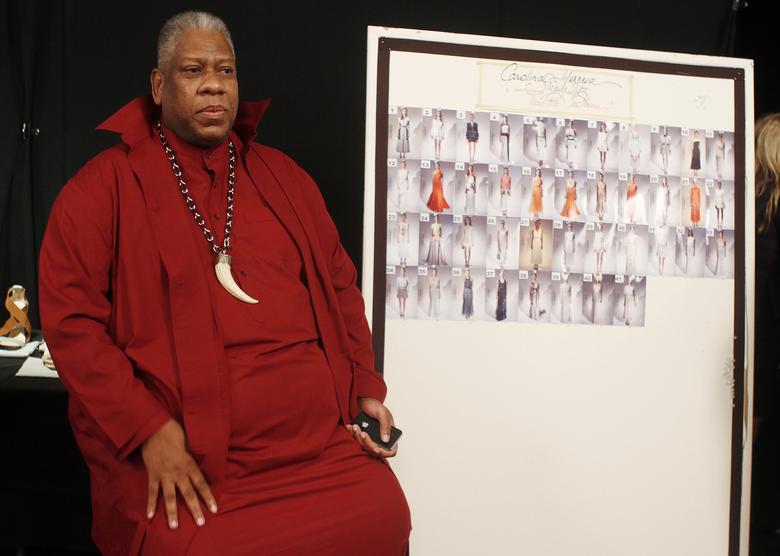 An Icon of fashion journalism, Andre Leon Talley began his career in the late 1970s with Women's Wear Daily Pamore

Reuters / 2012年 9月 11日 Tuesday
An Icon of fashion journalism, Andre Leon Talley began his career in the late 1970s with Women's Wear Daily Paris bureau to move to W and the New York Times. In 1983 he started at Vogue as fashion news director, he left the magazine in 2013 after a brief return to W. Also an author, Talley wrote various books including "Valentino", "A.L.T.: A Memoir", "A.L.T. 365+" and "Little Black Dress for Assouline". Talley was an advocate for diversity and inclusion of black designers and models into the fashion world as well as a close confidant for major fashion icons and designers, including Yves Saint Laurent, Karl Lagerfeld, Paloma Picasso, Diane von Furstenberg, Bethann Hardison.    REUTERS/Carlo Allegri
Close
3 / 7 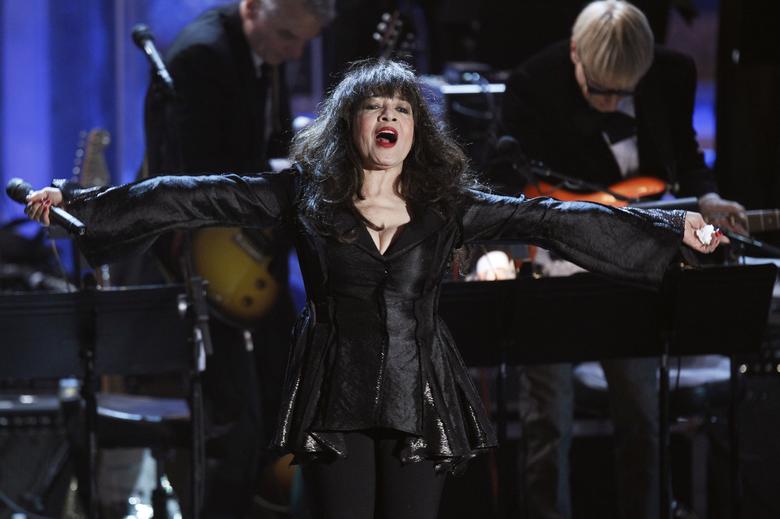 Reuters / 2010年 3月 16日 Tuesday
Ronnie Spector, the pioneering lead singer of the 1960s American "girl group" the Ronettes, whose vocals graced such hits as "Be My Baby" and "Baby, I Love You," has died at the age of 78 January 12. Spector, born Ronnie Bennett, grew up in the Spanish Harlem neighborhood of New York City. She and her sister, Estelle, and their cousin, Nedra Talley, began performing at a young age, first singing at New York "sock hops," or informal sponsored teenage dance events, and Jewish bar mitzvah parties. The trio first performed as "Ronnie and the Relatives" before becoming the Ronettes and signing on with Colpix Records, a Columbia Pictures subsidiary, in 1961. In 1963, the Ronettes were granted an audition with Phil Spector, one of the top music producers of the 1960s who went on to work with the Beatles on their album "Let It Be," as well as with such acts as Leonard Cohen and Ike and Tina Turner. With Phil Spector producing, the Ronettes dominated music charts with hits such as "Be My Baby" and "Do I Love You" and "Walking in the Rain." They also were featured on his holiday album "A Christmas Gift to You" performing three songs, including the energetic Christmas classic "Sleigh Ride." The singer and producer began an affair and married in 1968, with the vocalist taking his last name. Years after the couple's 1972 split, Ronnie Spector went public with allegations that she had become a virtual captive in their home, subject to the abuse of a possessive husband as she turned to alcohol for escape. Spector was inducted into the Rock & Roll Hall of Fame in 2007 as a member of the Spanish Harlem-based female trio. REUTERS/Lucas Jackson
Close
4 / 7 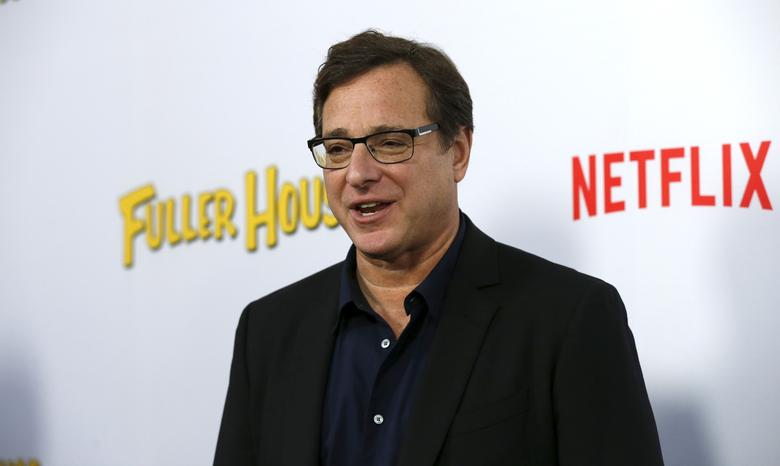 Bob Saget, an actor and comedian best known as the jovial dad on the television sitcom "Full House," was foundmore

Reuters / 2016年 2月 17日 Wednesday
Bob Saget, an actor and comedian best known as the jovial dad on the television sitcom "Full House," was found dead in a hotel room in Orlando, Florida, at age 65, January 9. Saget played widowed father Danny Tanner on "Full House" from 1987 to 1995, and also on a sequel called "Fuller House" from 2016 to 2020. In the show, Tanner shared his home with his three daughters, his brother-in-law and best friend. The actor also hosted "America's Funniest Home Videos" from 1989 to 1997. In contrast to his wholesome TV image, Saget's stand-up act delivered raunchier adult-oriented comedy. He also played a parody of himself in a recurring role on the HBO series "Entourage."   REUTERS/Mario Anzuoni
Close
5 / 7 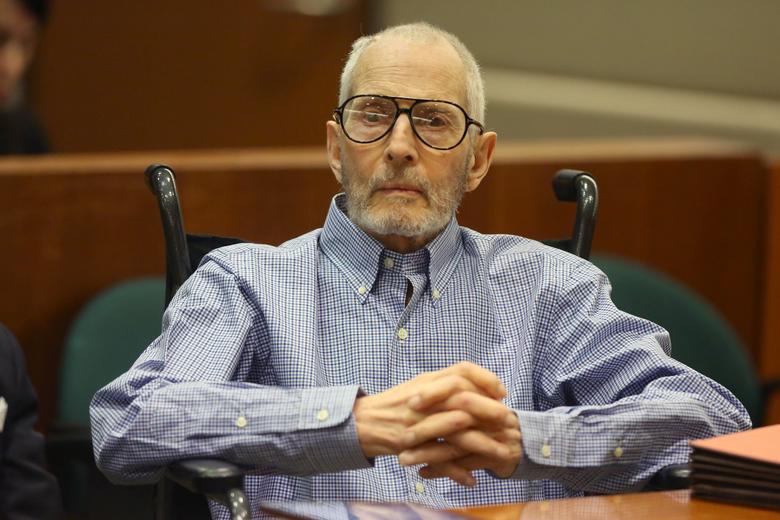 Robert Durst, the multimillionaire real estate heir who was serving a life sentence for murder in California amore

Reuters / 2017年 1月 7日 Saturday
Robert Durst, the multimillionaire real estate heir who was serving a life sentence for murder in California and was the prime suspect in two other murders over the past four decades, died in prison at age 78 January 10. Durst had once been groomed to take over The Durst Organization, one of New York City's premier real estate companies, but instead spent many of his formative years evading law enforcement and the last several years of life in jail. Durst mostly stayed one step ahead of the law until he told on himself during the making of the 2015 HBO documentary series "The Jinx," in which Durst was caught on a hot microphone saying to himself, "What the hell did I do? ... Killed them all, of course." He was arrested just before the final episode aired. His wife Kathleen McCormack Durst went missing in New York in 1982, but no charges were filed until after a Los Angeles County in September found Durst guilty of murdering his best friend Susan Berman in 2000. Prosecutors said Berman was about to reveal she helped Durst create a cover story about his wife's disappearance. In New York, after the Los Angeles trial ended, a Westchester County grand jury indicted him for his wife's murder. Prosecutors also said Durst killed his neighbor Morris Black in Galveston, Texas, in 2001 because Black discovered his identity at a time when Durst was hiding from the law, sometimes disguising himself as a mute woman. A Galveston jury acquitted Durst, who argued self-defense, even though Durst also admitted to dismembering Black's body. REUTERS/Mark Boster/Pool
Close
6 / 7 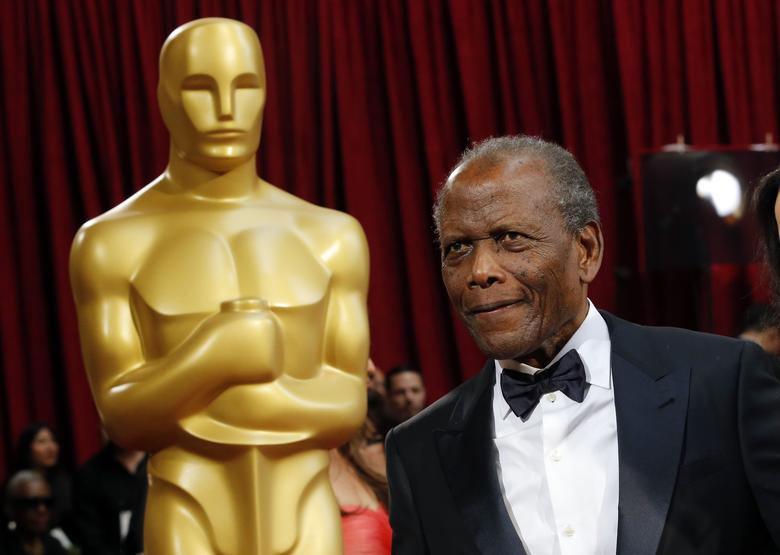 Sidney Poitier, who broke through racial barriers as the first Black winner of the best actor Oscar for his romore

Reuters / 2014年 3月 3日 Monday
Sidney Poitier, who broke through racial barriers as the first Black winner of the best actor Oscar for his role in "Lilies of the Field," and inspired a generation during the civil rights movement, has died at age 94 January 6. Poitier created a distinguished film legacy in a single year with three 1967 films at a time when segregation prevailed in much of the United States. Poitier had won his history-making best actor Oscar for "Lilies of the Field" in 1963, playing a handyman who helps German nuns build a chapel in the desert. Five years before that Poitier had been the first Black man nominated for a lead actor Oscar for his role in "The Defiant Ones." Poitier was born in Miami on Feb. 20, 1927, and raised on a tomato farm in the Bahamas, and had just one year of formal schooling. He struggled against poverty, illiteracy and prejudice to become one of the first Black actors to be known and accepted in major roles by mainstream audiences. Poitier picked his roles with care, burying the old Hollywood idea that Black actors could appear only in demeaning contexts as shoeshine boys, train conductors and maids. In 2009, Poitier was awarded the highest U.S. civilian honor, the Presidential Medal of Freedom, by President Barack Obama. The 2014 Academy Awards ceremony marked the 50th anniversary of Poitier's historic Oscar and he was there to present the award for best director.    REUTERS/Adrees Latif
Close
7 / 7
このスライドショーを共有する
もう一度見る
次を見る 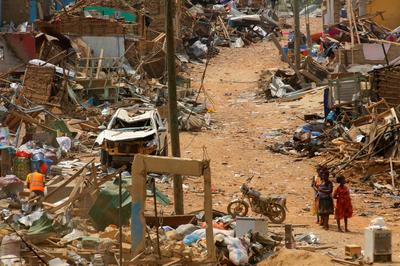 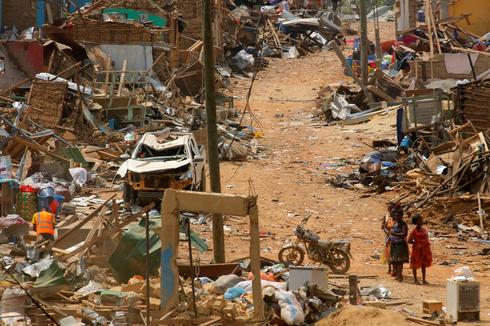 At least 13 people were killed and scores injured when a truck carrying explosives to a gold mine in western Ghana detonated, flattening a rural community. 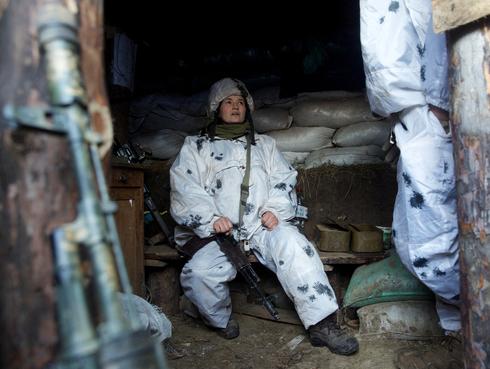 In the snowy trenches along Ukraine's frontline

Images from along the line of contact in Ukraine's eight-year war against Russian-backed forces in the Donbass region. People continue to line up for COVID tests and vaccines as infections continue to spread with the now-dominant Omicron variant. 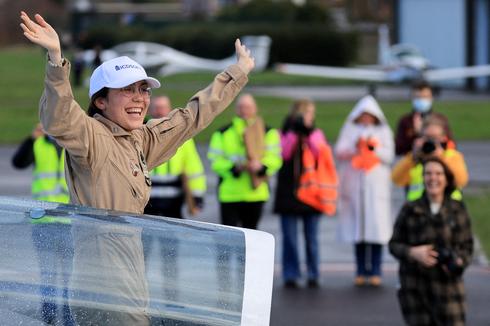 A British-Belgian teen pilot Zara Rutherford became the youngest woman to fly solo around the world on Thursday and the first person to do so in a microlight... 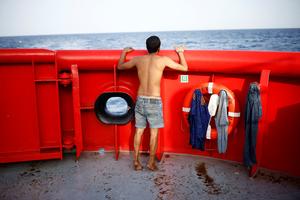 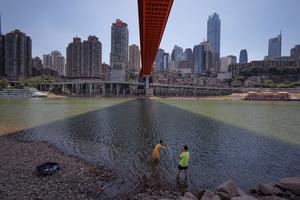 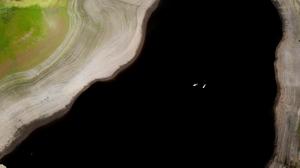 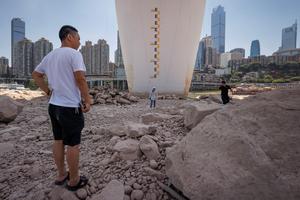 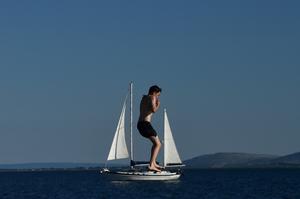 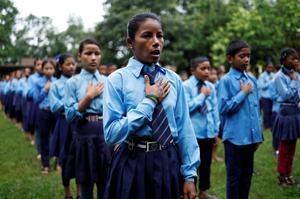 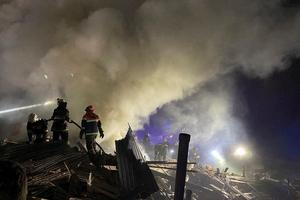 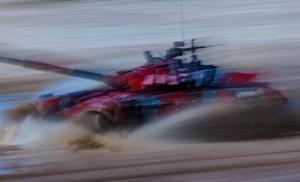 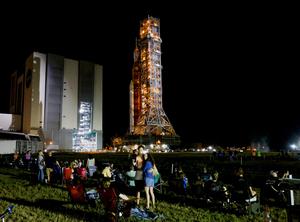