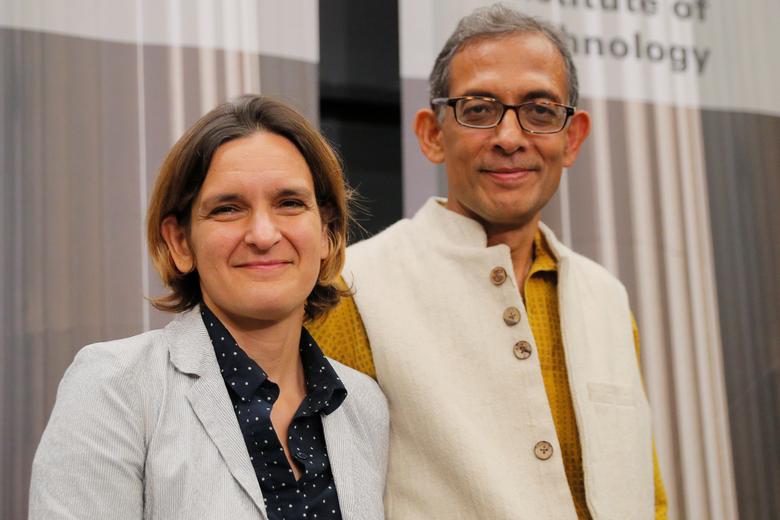 Reuters / 2019年 10月 15日 Tuesday
NOBEL PRIZE FOR ECONOMICS: ABHIJIT BANERJEE, ESTHER DUFLO, MICHAEL KREME - U.S.-based economists Abhijit Banerjee, Esther Duflo (both pictured) and Michael Kremer won the 2019 Nobel Economics Prize for their work in fighting poverty that has helped millions of children around the world. French-American Duflo becomes only the second female economics winner in the prize's 50-year history, as well as the youngest at 46. She shared the award equally with Indian-born American Banerjee and Kremer, also of the United States. The Royal Swedish Academy of Sciences said their work had shown how poverty could be addressed by breaking it down into smaller and more precise questions in areas such as education and healthcare, making problems easier to solve. REUTERS/Brian Snyder
Close
1 / 13 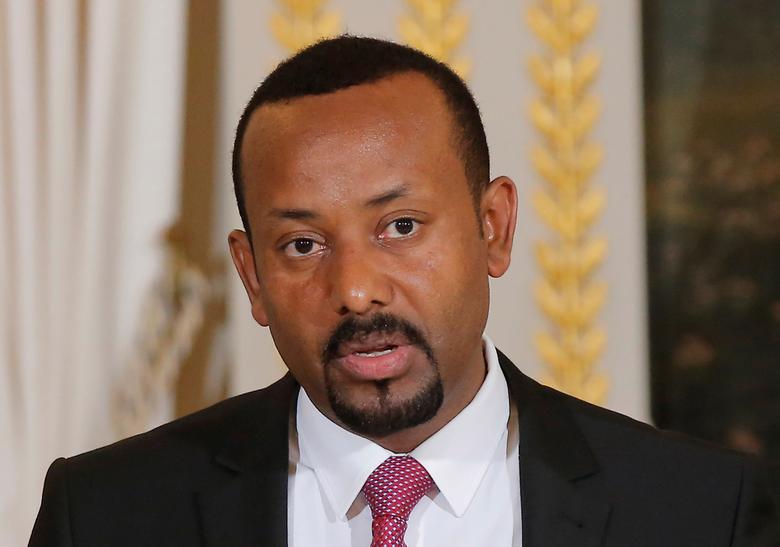 Reuters / 2018年 10月 30日 Tuesday
NOBEL PEACE PRIZE: ABIY AHMED - Ethiopian Prime Minister Abiy Ahmed won the 2019 Nobel Peace Prize for his peacemaking efforts which ended two decades of hostility with longtime enemy Eritrea. Though Africa's youngest leader still faces big challenges, he has in under two years in power begun political and economic reforms that promise a better life for many in impoverished Ethiopia and restored ties with Eritrea that had been frozen since a 1998-2000 border war. The Nobel Committee said the prize was meant to recognize "all the stakeholders working for peace and reconciliation in Ethiopia and in the East and Northeast African regions." Michel Euler/Pool via REUTERS
Close
2 / 13 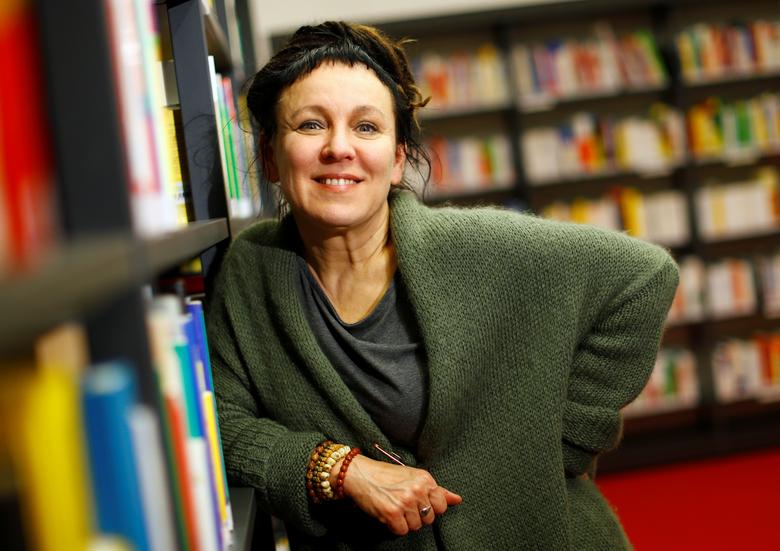 Reuters / 2019年 10月 11日 Friday
NOBEL PRIZE FOR LITERATURE: PETER HANDKE, OLGA TOKARCZUK - Austria's Peter Handke won the 2019 Nobel Prize for Literature, and the postponed 2018 award went to Polish author Olga Tokarczuk (pictured). Two Nobels were awarded this year after last year's prize was postponed over a scandal that led to the husband of an Academy member being convicted of rape. Tokarczuk, 57, was considered a strong contender for the prize. She trained as a psychologist before publishing her first novel in 1993. Since then, she has produced a steady and varied stream of works and her novel "Flights" won her the high-profile Man Booker International Prize last year. She was the first Polish author to do so. REUTERS/Thilo Schmuelgen
Close
3 / 13 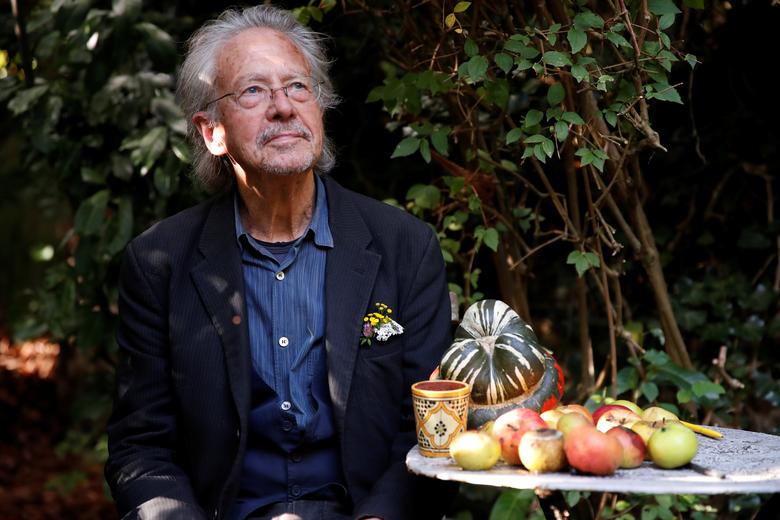 Peter Handke, 76, won the 2019 Nobel Prize for Literature for "an influential work that with linguistic ingenumore

Reuters / 2019年 10月 11日 Friday
Peter Handke, 76, won the 2019 Nobel Prize for Literature for "an influential work that with linguistic ingenuity has explored the periphery and the specificity of human experience," the Academy said in a statement. Handke, a native of the Austrian province of Carinthia, which borders Slovenia, established himself as one of the most influential writers in Europe after World War Two, the Academy said. He also co-wrote the script of the critically acclaimed 1987 film "Wings of Desire." The author of books such as "The Goalie's Anxiety at the Penalty Kick" and "Slow Homecoming," he attracted widespread criticism attending the funeral of former Yugoslav President Slobodan Milosevic in 2006. REUTERS/Christian Hartmann
Close
4 / 13 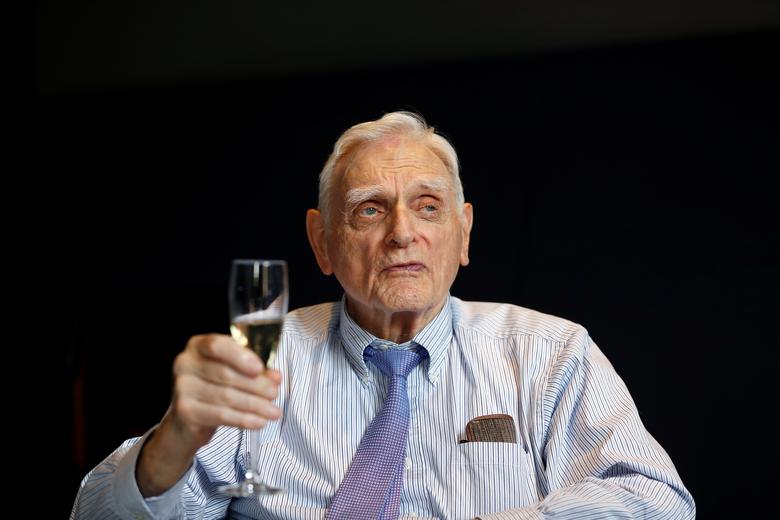 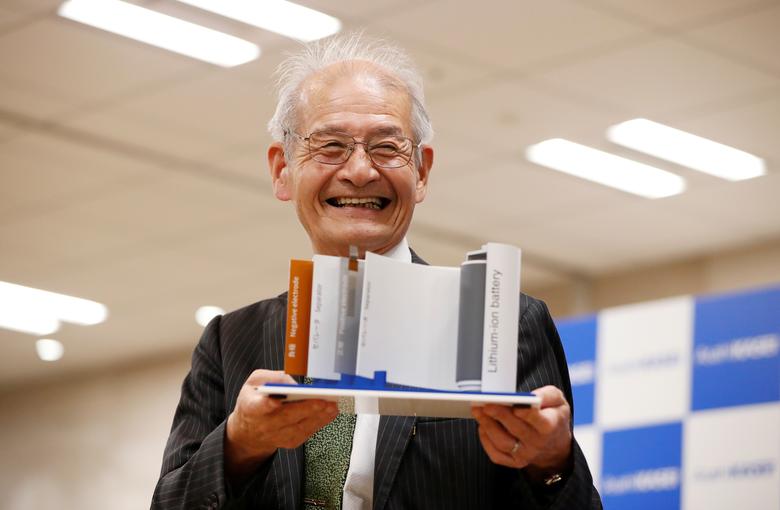 Speaking on Japanese TV after hearing of his win, a smiling Akira Yoshino (pictured) said he was glad to have more

Reuters / 2019年 10月 9日 Wednesday
Speaking on Japanese TV after hearing of his win, a smiling Akira Yoshino (pictured) said he was glad to have helped the environment. "I am happy that Lithium ion battery won the prize in that context," he said, adding that he also hoped it would inspire others: "I hope this will become an encouragement for young researchers." "Lithium-ion batteries have revolutionized our lives since they first entered the market in 1991. They have laid the foundation of a wireless, fossil fuel-free society, and are of the greatest benefit to humankind," the academy's Nobel committee said. REUTERS/Issei Kato
Close
6 / 13 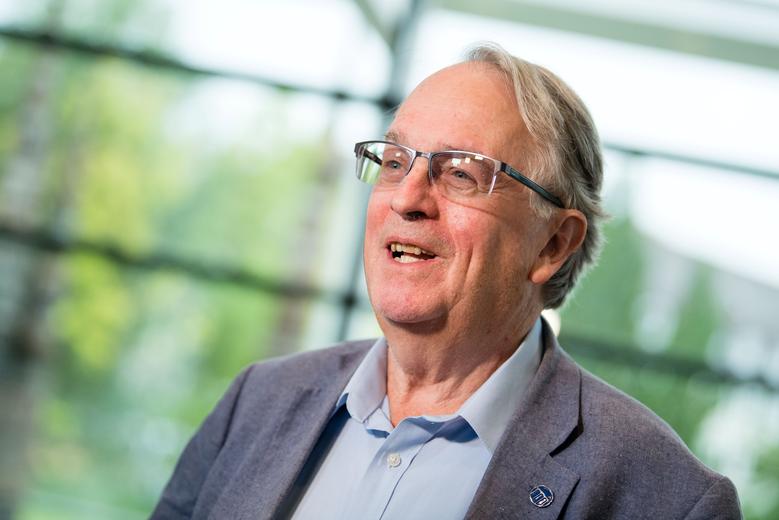 Reuters / 2019年 10月 9日 Wednesday
Gregory Offer, an expert in mechanical engineering at Imperial College London, said the scientists' work had led to "one of the key enabling technologies of the 21st century." "They have already underpinned the mobile revolution, and are now essential to help us solve the problem of climate change by electrifying transport and storing renewable electricity generation," he said in an emailed comment. Pictured: Stanley Whittingham, Nobel Prize in Chemistry winner, answers journalists' questions in Ulm, Germany, October 9, 2019. REUTERS/Andreas Gebert
Close
7 / 13 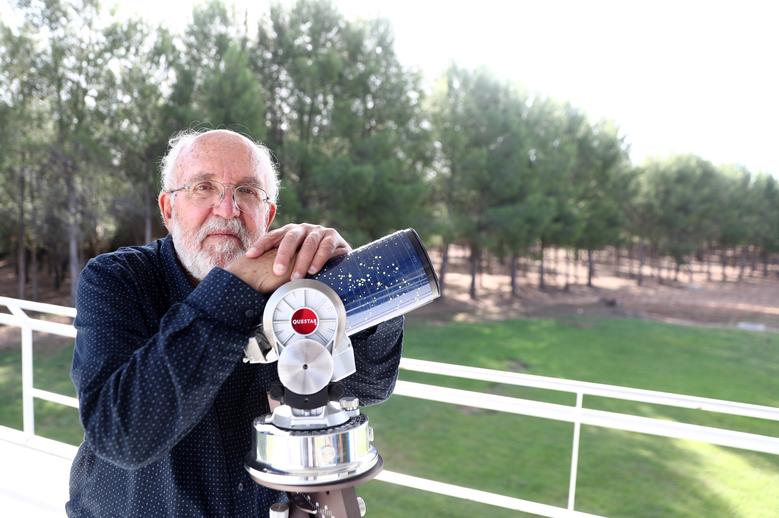 Reuters / 2019年 10月 9日 Wednesday
NOBEL PRIZE IN PHYSICS: JAMES PEEBLES, MICHEL MAYOR, DIDIER QUELOZ - Swiss scientists Michel Mayor (pictured) and Didier Queloz and Canadian-American cosmologist James Peebles won the 2019 Nobel Prize for Physics for revealing the wonder of the evolution of the universe and discovering planets orbiting distant suns. Mayor and Queloz announced the first discovery of a planet outside our own solar system, a so-called "exoplanet," in 1995. Since their discovery, more than 4,000 exoplanets have been found in the Milky Way, many of them nothing like our own world. Indeed, the first planet they found, 51 Pegasi b, orbits a sun 50 light years away that heats its surface to more than 1,000 degrees centigrade, the award-giving academy said. With numerous ongoing searches for more exoplanets, this science might eventually also "find an answer to the eternal question of whether other life is out there," it said. REUTERS/Sergio Perez
Close
8 / 13 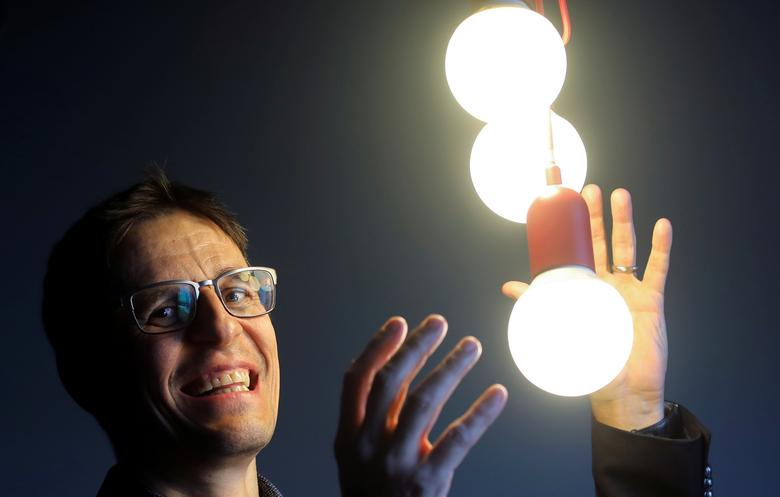 At a news conference in London, Didier Queloz said the focus of research had now shifted from finding more plamore

Reuters / 2019年 10月 8日 Tuesday
At a news conference in London, Didier Queloz said the focus of research had now shifted from finding more planets to finding out more about them -- about their atmosphere, chemistry and formation. Queloz also fielded inevitable questions about the possibility of extraterrestrial life. "I can't believe that we're the only living entities in the universe," he said when asked if he believes "aliens" exist. "The chemistry that led to life is everywhere, so I'm a strong believer that there must be life elsewhere." REUTERS/Simon Dawson
Close
9 / 13 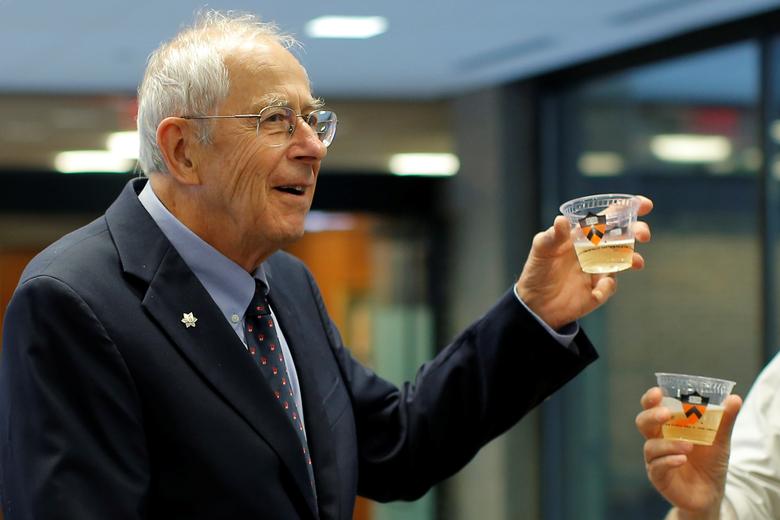 Canadian-American cosmologist James Peebles, of Princeton University in the U.S., was awarded the other half omore

Reuters / 2019年 10月 9日 Wednesday
Canadian-American cosmologist James Peebles, of Princeton University in the U.S., was awarded the other half of the Nobel Prize for Physics. Using theoretical tools and calculations, Peebles was able to interpret trace radiation from the infancy of the universe and discover new physical processes, the Nobel academy said. He showed that matter readily seen around us, be it pebbles, mountains or stars, actually make up only 5%, with the rest made up of dark energy and dark matter. REUTERS/Eduardo Munoz
Close
10 / 13 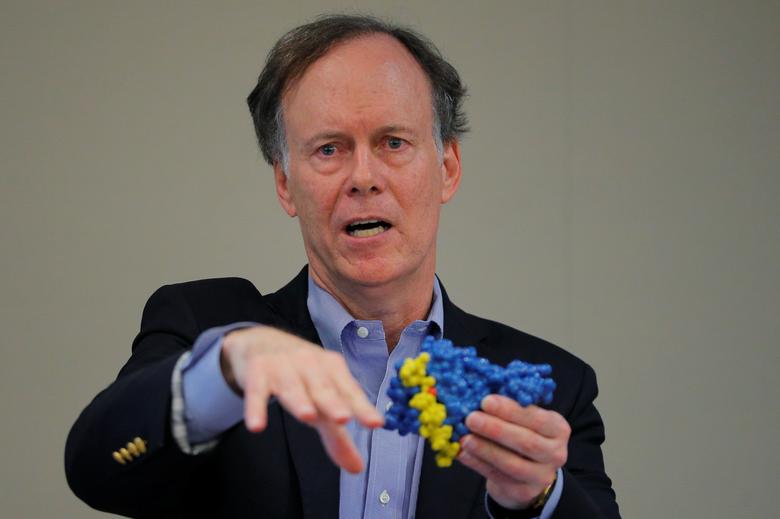 Reuters / 2019年 10月 8日 Tuesday
NOBEL PRIZE IN MEDICINE: WILLIAM KAELIN, PETER RATCLIFFE, GREGG SEMENZA - Two Americans and a Briton won the 2019 Nobel Medicine Prize for discovering a molecular switch that regulates how cells adapt to fluctuating oxygen levels, opening up new approaches to treating heart failure, anemia and cancer. William Kaelin (pictured holding a model of his discovery) at the U.S. Dana-Farber Cancer Institute and Harvard Medical School said he was overwhelmed to get a call to say he and two other doctors, Gregg Semenza of Johns Hopkins University and Peter Ratcliffe of Oxford University, had won the prize. REUTERS/Brian Snyder
Close
11 / 13 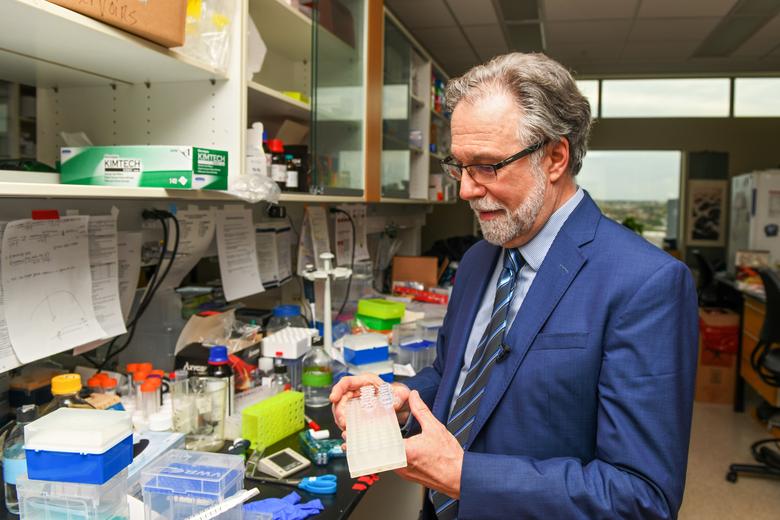 Reuters / 2019年 10月 7日 Monday
The scientists' work established the basis for understanding of how oxygen levels are sensed by cells -- a discovery that is being explored by medical researchers seeking to develop treatments for various diseases that work by either activating or blocking the body's oxygen-sensing machinery. Their work centers on the hypoxic response -- the way the body reacts to oxygen flux -- and "revealed the elegant mechanisms by which our cells sense oxygen levels and respond" said Andrew Murray, an expert at Britain's University of Cambridge who congratulated the three. Pictured: Nobel Prize for Medicine winner Gregg Semenza of the Johns Hopkins University School of Medicine in his laboratory in Baltimore, Maryland. REUTERS/Theresa Keil
Close
12 / 13 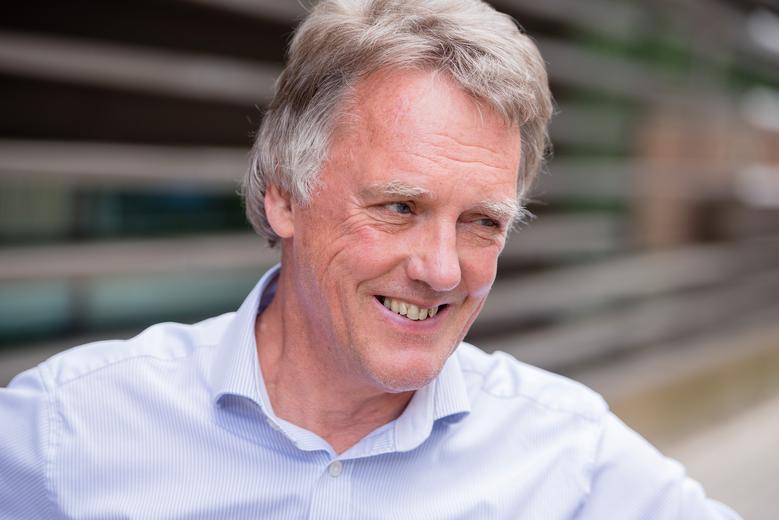 "Oxygen is the vital ingredient for the survival of every cell in our bodies. Too little -- or too much -- canmore

Reuters / 2019年 10月 7日 Monday
"Oxygen is the vital ingredient for the survival of every cell in our bodies. Too little -- or too much -- can spell disaster. Understanding how evolution has equipped cells to detect and respond to fluctuating oxygen levels helps answer fundamental questions," said Venki Ramakrishnan, president of Britain's Royal Society scientific academy. "As (this) work... shows us, it also gives insights into the way these processes continue to shape our health and wellbeing." Pictured: Nobel Prize for Medicine winner Peter Ratcliffe of Oxford University. Paul Wilkinson/Oxford University/Handout via REUTERS
Close
13 / 13
このスライドショーを共有する
もう一度見る
次を見る 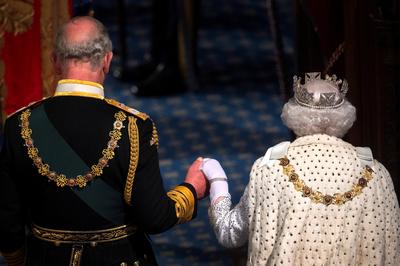 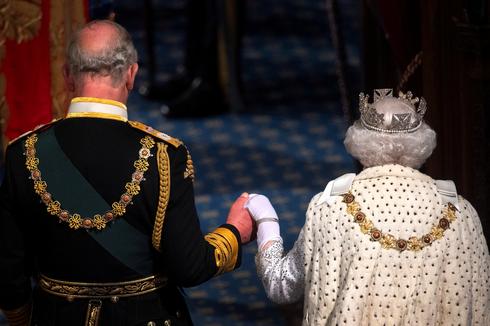 Queen Elizabeth opens Britain's Parliament in a day of elaborate pageantry in Westminster. 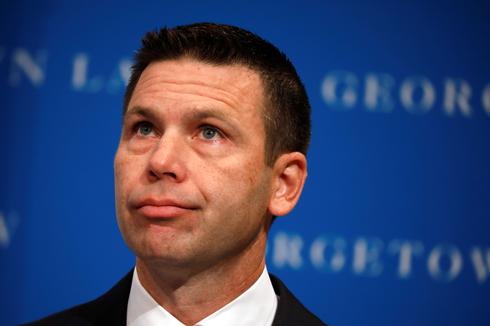 White House staff, advisers and government officials who have resigned or been fired under President Donald Trump, listed by the dates their departures were... 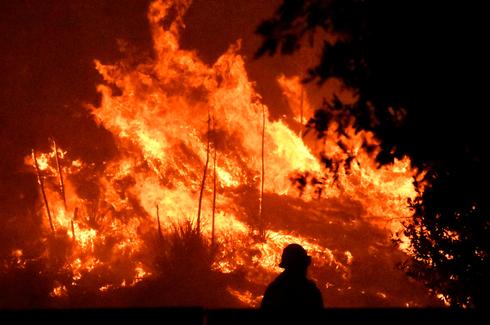 The Saddleridge Fire was one of about 275 wildfires that have broken out across California in the past 24 hours as hot, gusty winds signaled the start of its... 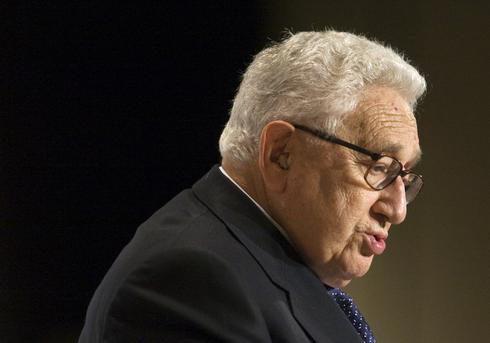 Nobel Peace Prize recipients and why they won. 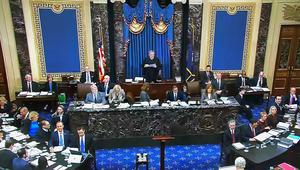 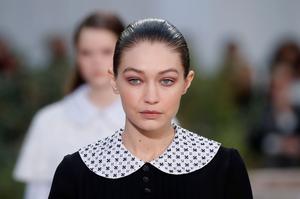 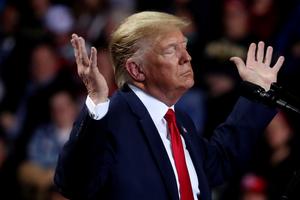 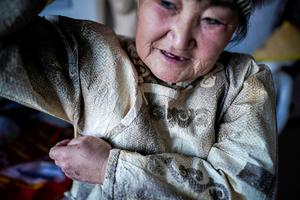 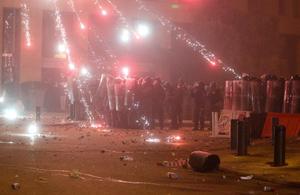 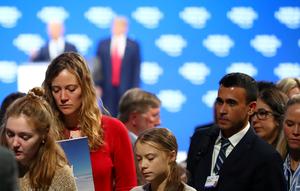 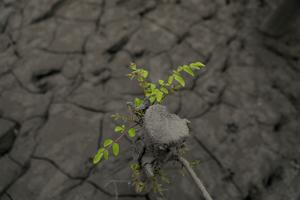 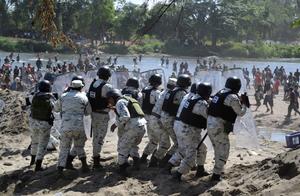